The prince charming of the story, Heinley (Or Heinri, or Heinrey depending on where you read it, as translations change) is really adorable. And he has a lot of things that fans love.... Let's compile some of them, and see some of his history and curiosities.

Leave yours in comments!

A very particular characteristic, and one that makes him special, is the peculiar color of his eyes.

It is very tender to see when he turns into a bird. And even that as a person, he has some particularities related to this.

He is a clever and cunning man. He plans, and gets what he wants, one way or another. Despite his position, he doesn't mind putting himself on the line.

And when he's with Navier, he's cheerful and lighthearted, then once they become close, very loving.

As they say, stay with the man who knows how to make you laugh, right?

(5) How much he cares for Navier

You can see from the very first moment how he cares for her. His concern and regret are genuine when he sees her suffer. It's clear he wants to take her away and make her happy.

Moments demonstrating how important Navier is to him are counted by the dozens in the novel.... but they are worth noting:

You can also read these tips for couples inspired by Navier and Heinley.

From the birthday cake he baked for Navier, to delicious breakfasts and meals he prepares for her

Cooking is a hobby for him, and he has his own kitchen in his palace.

Although he already took note that diamonds don't look good as cake filling...

From what we can tell, the exercise he does as a bird also affects his muscles as a man... So he's looking really fine.

From a couple of Navier's comments in the novel Remarried Empress? (The fountain scene and the trial scene). He is also well on that part. 🤭

Because in the end, Navier is an incredible and admirable woman, and one who brings out the best in him. ❤️

Her full name is Heinley / Heinrey / Heinri Aless Lazslo as mentioned in the novel in the official marriage celebration with Navier (You can see here the chapter guide of the novel).

He was the second son of the king of the Kingdom of the West, so in principle he was not destined to inherit the throne. The heir would be his older brother.

But his brother was born weak. And then an incident made him even weaker. Therefore, Heinley decided to move away, and stay out of the political life of the kingdom, trying to create a lighthearted and unbecoming image of an heir to leave his brother in a better position.

In addition, in these actions, traveling through other kingdoms, he was trying to collect information of military interest, as they were planning the expansion of his kingdom and was planning a war.

The problem was that when he was trying to learn more about the royal family of the neighboring empire, the eastern empire(see list of kingdoms), he met the Empress Navier, and quickly fell in love with her.

In addition, once his brother was king, he failed to have children and died young, leaving Heinrey as heir to his brother's death.

Other curiosities about him

His family, on his father's side, that is, possibly the line of the monarchy of the kingdom for many generations, use magic and are part of a clan called "bird-head" or "birdbrain" (Birdbrain) and can transform into bird or human. At some point they assimilate it to werewolves, only the "birdbrains" have control over their transformation normally.

What kind of bird is Heinley?

At first it is posited that he is some kind of eagle.

In the images in the novel the design is somewhat larger than in the webtoon which is smaller.

Specifically, there is a type of eagle that is quite similar to the design, which is the harpy eagle, there are white specimens. 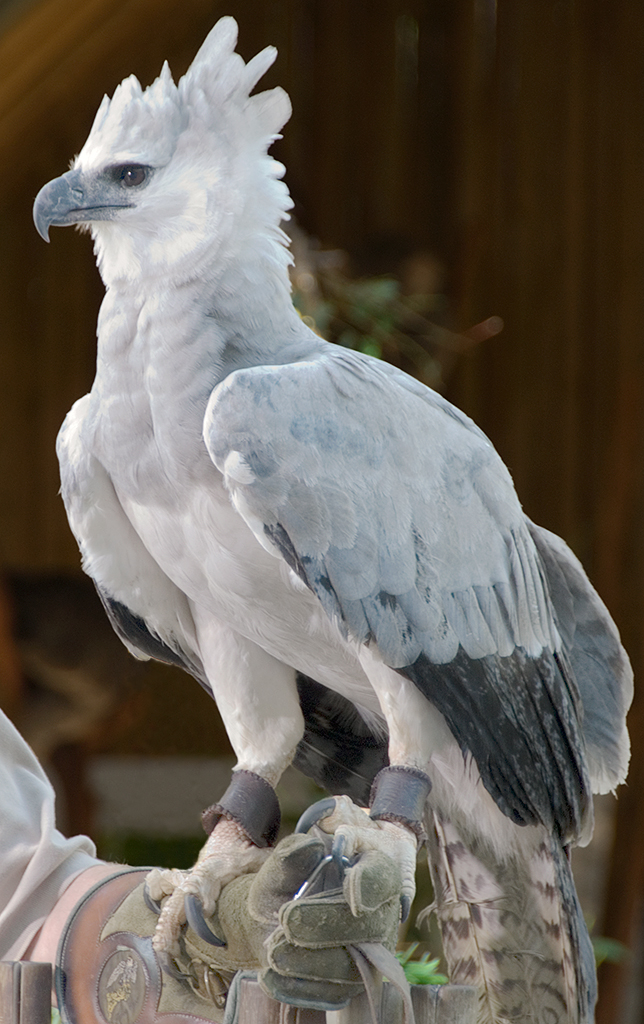 Heinley has powers, as you can tell by the fact that he transforms into a bird. But he also attended the magic academy, and has other hidden powers.

Specifically, Heinley is able to generate heat. Although some hints are left since Navier arrives in the Western Empire, she will not be given relevance until later in the story.

Also, she is one of the only or few people who know the secret to extracting mana from mages and rendering them powerless, a gift she discovered by accident trying to help her brother, which she will later use to weaken the Eastern Empire by causing mages to lose their magic and fewer new mages to appear. Maybe related to the Magic Manastone bed.

You should read too:

Join to get the new posts on your mail!

We use cookies on our website to give you the most relevant experience by remembering your preferences and repeat visits. By clicking “Accept”, you consent to the use of ALL the cookies.
Do not sell my personal information.
Cookie SettingsAccept All
Manage consent

This website uses cookies to improve your experience while you navigate through the website. Out of these, the cookies that are categorized as necessary are stored on your browser as they are essential for the working of basic functionalities of the website. We also use third-party cookies that help us analyze and understand how you use this website. These cookies will be stored in your browser only with your consent. You also have the option to opt-out of these cookies. But opting out of some of these cookies may affect your browsing experience.
Necessary Always Enabled
Necessary cookies are absolutely essential for the website to function properly. These cookies ensure basic functionalities and security features of the website, anonymously.
Functional
Functional cookies help to perform certain functionalities like sharing the content of the website on social media platforms, collect feedbacks, and other third-party features.
Performance
Performance cookies are used to understand and analyze the key performance indexes of the website which helps in delivering a better user experience for the visitors.
Analytics
Analytical cookies are used to understand how visitors interact with the website. These cookies help provide information on metrics the number of visitors, bounce rate, traffic source, etc.
Advertisement
Advertisement cookies are used to provide visitors with relevant ads and marketing campaigns. These cookies track visitors across websites and collect information to provide customized ads.
Others
Other uncategorized cookies are those that are being analyzed and have not been classified into a category as yet.
SAVE & ACCEPT